Semillon is one of the minor white wine varieties grown in the Cowra wine region, producing light, soft but vibrant wines.

A total of 2 hectares of Semillon are planted at Rosnay on a sandy north sloping ridge site where yields are kept low naturally. As a shallow rooted but high yielding variety, Semillon loves humid, mild weather. The sandy soil allows good control of vigour, but it is a difficult site during drought.

In 2005 perfect conditions resulted in raving reviews for the 2005 vintage: “This is the best white I’ve tasted from the Statham family’s biodynamically farmed property in Canowindra. Lovely lime and crisp apple fruit flavours, a touch of toasty complexity and a good, dry, lip-smacking finish” (Max Allen, The Weekend Australian 12/8/2006). It was also placed in the top 20 organic wines in Australia, Biodynamic State of Play, Selector Magazine, 2008. 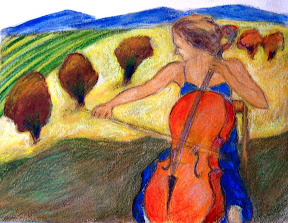 In the very hot and dry 2007 vintage the vines produced a lighter, more delicate wine, with grassy, citrussy characters, high in acid when young, but this wine is now developing a beautiful aged Semillon character.

The 2012 Semillon was bottled in February 2013 and is still quite lean and shy. We expect it to develop some elegant varietal character with bottle age and expect to release it commercially late in 2013.