Music is the wine that fills the cup of silence

Our household has always been full of music, we play music when we can, and we support musicians as much as we can. The wise words by Robert Fripp, that “Music is the wine that fills the cup of silence”, are an echo of a couple of french quotes about food and wine: “Wine makes a symphony of a good meal” by Fernande Garvin, and “A meal without wine is like a day without sunshine” by Jean-Antheleme Brillat-Savarin.

Our world would be missing a dimension without music.

Driven primarily by Richard Statham’s passion for it, Rosnay has been an active sponsor of music since he organised David Miller OA, Director of Ensembles from the Sydney Conservatorium, to bring his first ensemble to play a concert in Canowindra’s All Saints Church during Marti’s Balloon Fiesta, in 2002. David has been coming back almost every year since.
In the last decade, some of Australia’s best young ensembles cut their performing teeth at Canowindra, including the Greenway String Quartet. Great local talent including Helen Barnett have also graced Canowindra’s All Saints Church and have helped put Canowindra firmly on the map of the bigger ensemble tours, like the 2010 Western Strings Tour from Orange regional Conservatorium supported by Arts Out West. Some of the students who have played at Canowindra in the past have gone on to brilliant careers on the world stage. For example, Korean born (now Australian) Sarah Kim is doing post graduate organ studies in France and is organist at Notra Dame’s Chapelle Royale. 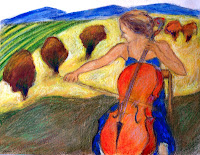 One of our favourite performances by the cellist Trish O’Brien led to the Rosnay Semillon series label featuring a painting of a cellist, by Florence Statham. This is one of Florences most popular paintings and it is available as a signed print. 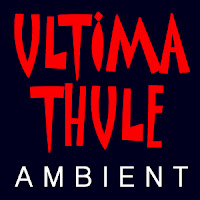 Rosnay has since 2003 sponsored Sydney’s community radio station 2MBS FM, including in the last few years, “Ultima Thule“, a weekly programme of ambient and atmospheric music from across the ages and around the world, heard on Australian community radio since 1989. Ultima Thule weaves a mix of ambient, trance, drone and chillout electronica, spacemusic, ancient, mediaeval and neoclassical creations, traditional and world music, soundtracks, cool jazz and impressionist soundworks into an exquisite, chatter-free 90-minute musical narrative. They have a great podcast too.

Rosnay is also sponsor of contemporary music festivals such as Peats Ridge Festival and Corinbank Festival.

Building on 2010’s successful Western Strings Tour, which involved 8 professional string virtuosi from western NSW performing 6 concerts around the state, The 2011 Occidental Strings tour will take in nine regional centres, presenting traditional octet repertoire rarely heard on the concert stage including Samuel Barber¹s beautiful 1936 Song for Baritone and Strings, Dover Beach, plus world premiere performances of a new Australian song cycle for Baritone and String Octet, based on the poetry of E.E. Cummings, composed by Kevin Barker. Check out the poster.

Under the direction of our town’s great friend, David Miller OA, six gifted students will play a range of instruments which in the past have included wind, strings, percussion, organ, keyboard and great voices, performing favourite compositions by  many key identities of the classical era as well as contemporary fine music.