Figs are in season!

Here at Rosnay we have 12 different varieties of figs, and now in early March 2011 they are well and truly in season. We have a total of about 120 trees which began bearing ripe figs about 3 weeks ago and which probably have another 3 weeks to go. 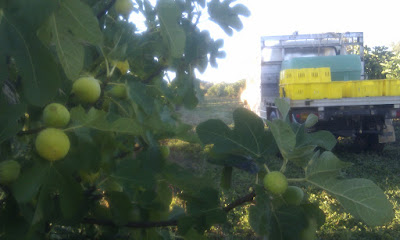 Growing figs is easy enough in this climate. We chose to grow them as a drought proof, low maintenance and value-addable crop to accompany our wine and olive products. In winter 2003 we took cuttings from dormant trees (in fact, they were quite sick trees growing in the wrong climate at the Gosford Agricultural Research Station), wrapped them in wet newspaper and stored them in the back laundry, then planted three cuttings of each variety directly into the ground  the following spring. We planted them on a 3.5m x 8m spacing (too close together in the row), with a single drip irrigation tube, and some green waste mulch. 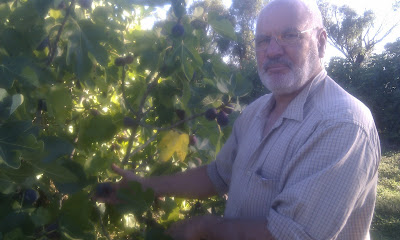 There were a few that died, due to a hot dry season and weed competition, but the survivors have grown and established themselves well without any chemical fertilisers, herbicides, or fungicides. In 2005 and 2006 we took more cuttings from the first block and planted another 120 trees in front of the cottage, on a 5 x 6.5m spacing. The hellishly hot dry summer took a few again, but the survivors established well and began cropping in about 2008. The rain of late 2010 was a boon for the trees and now they are yielding their best crop ever. 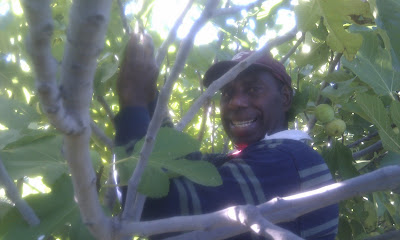 About 1/3 of our fig varieties are white skinned, white fleshed, and what call cooking varieties, mainly because they dont look as good as the red skinned or red fleshed varieties. They are also the first to ripen.We pick them at sunrise when they are cooler and firmer and thus keep better before sale or cooking.

A video of Richard telling when a fig is ripe to pick. 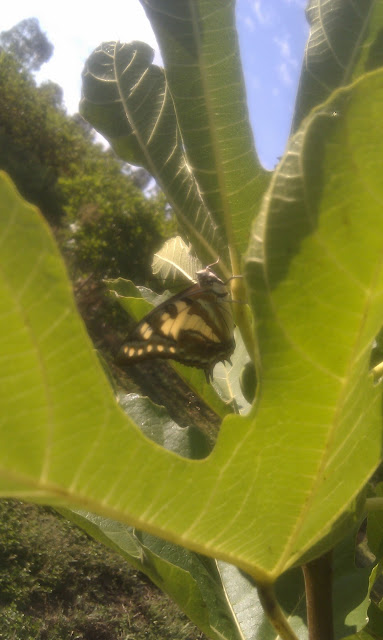 A locavore. The biggest hinderance to picking is the spiders webs, as the orb weavers take advantage of the rich pickings of their own. Their webs go right across the 7 metre rows! 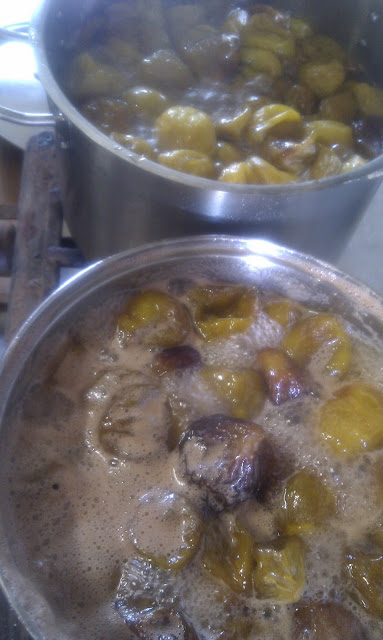 Whilst the trees may be easy to grow, figs are more challenging to pick in good condition. First there is the danger of pre-harvest rain and splitting, which has happened before. Or heatwaves and sunburn. Or drought and abortion of fruit. Or birds eating them. Luckily, this year we have had none of these problems! 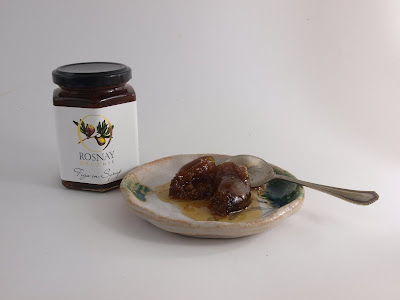 However, even if you do pick a good fig, you have to get it straight to the consumer, as it wont keep more than a few days. Our figs are only sold fresh to the local Canowindra fruiterer, who on-sells to local restaurants and to Everleigh Markets in Sydney. However there are a lot of smaller figs that arent valued enough as fresh figs, but which are perfect for bottling. Rather than try to sell them fresh, and risk too much for too little return, we are now bottling figs into sugar syrup using organic raw sugar, Rosnay port, vinegar (trialling different types), lemon juice, cinnamon and nutmeg. Florence Statham spent several years getting the figs in syrop recipe right. They are absolutely delicious and we look forward to getting them onto shelves and into wine orders as soon as the new labels arrive.