In Spring 2012 we began the new project of extending the olive processing shed with a new coolroom. This has allowed the conversion of the small old cool room to a dedicated cooking and bottling room, and also gives more working space for the pickling of olives, storage of dry goods etc. We made the cool room ourselves out of 9mm plywood and triple insulation. The coolroom is cooled by a 7.2KW Solakool air conditioner unit which was well up to the task even during the January heat wave.

Edit: Subsequently the unit failed and we have had technicians from two local air conditioning companies out to work on it and both informed us that the unit is poor quality and not worth working on. The Solakool company owner Ross Hastings promised in writing to pay both technicians and in the end neither were paid for their work, even after following his instructions in detail on the phone. 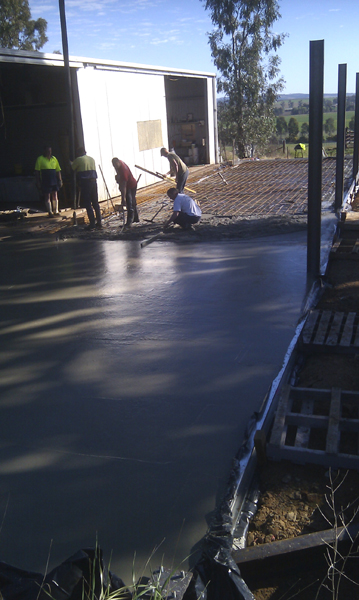 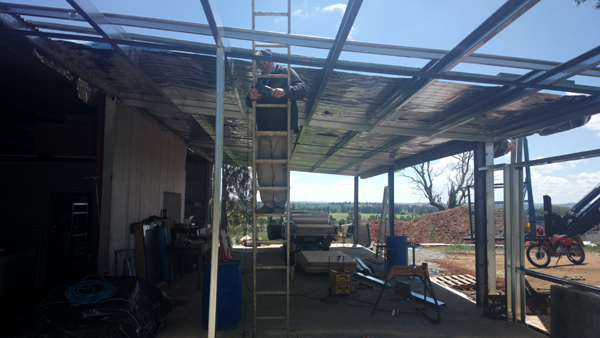 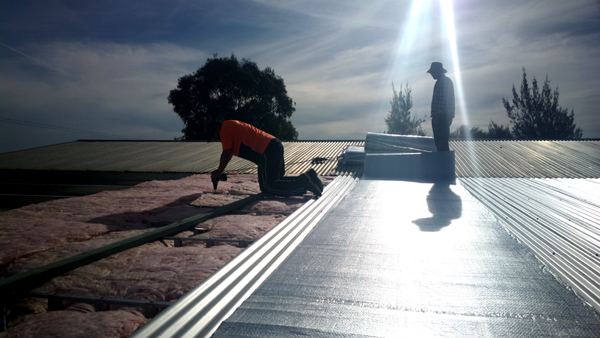 Mick Mason and Andrew Neville installing the triple roof insulation: Blankets (R2.7), bats (R3.5) and bubble foil (R1) to give a total of over R7 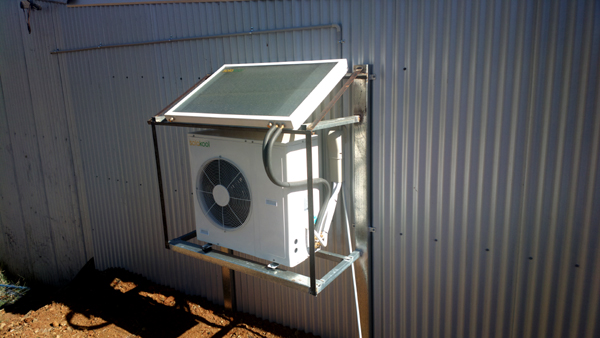 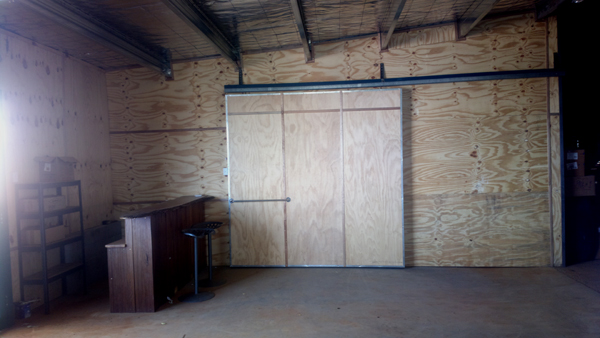 Completed coolroom door and the old red gum tasting bar relocated from the house. This space is ample for small groups to be received for tastings and tours. 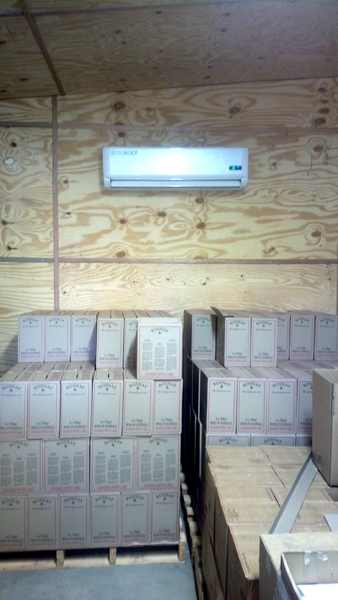 Solakool air conditioner unit from the inside 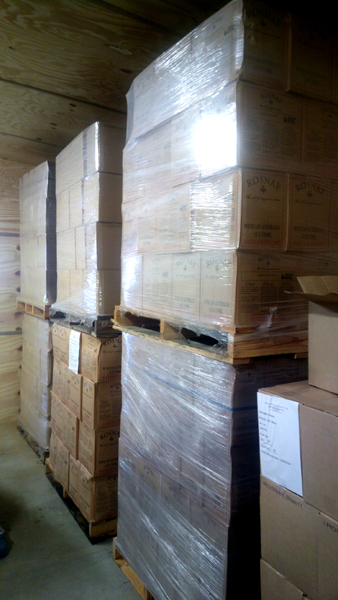 Plenty of height to stack pallets in the new cool room 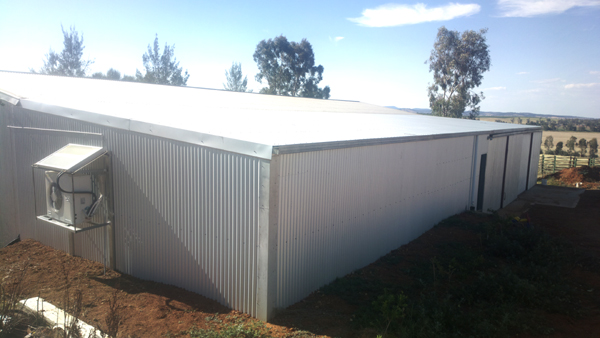