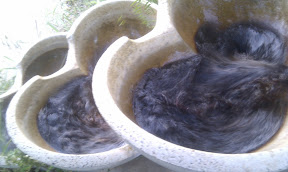 This is organic farming science, developed by Rudolph Steiner, a scientist who looked open mindedly beyond physical matter and into the life forces which influence soil, plant, animal and human health. He took ancient experience such as lunar planting rhythms and built a complete system of agriculture which is low input and self reliant. A healthy, balanced “farm organism” is developed by working with these subtle influences using various homeopathic, biological and herbal preparations, all of which may be produced on the farm using herbs, manures and minerals. Biodynamic methods help produce improved shelf life, flavour and cell structure. 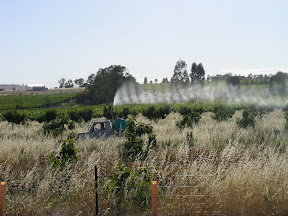 Biodynamics is often derided and attacked by the other, hard end of science. However it is important to observe impartially. Before Rosnay began, Richard, Florence and Sam Statham visited organic and biodynamic farms in Australia, France and New Zealand to discover their methods. Without prejudice, we found that the best looking plants and animals, and the best tasting wines, tended to be from the farms which employed the Biodynamic method.

We have been using the biodynamic preparations at Rosnay since 1997.