The Rosnay vineyard comprises 4 hectares of Chardonnay, for which the Cowra region is best known, and 2 hectares of Semillon, planted specifically for blending with Chardonnay to give minerality and acid balance.

The 2011 vintage is made from 65% Chardonnay and 35% Semillon, picked on the same day and co-fermented from receival at the crusher. The nose has abundant floral character, and the palate has soft minerally semillon acidity and a full, rounded body with well ripened Chardonnay fruit characters. 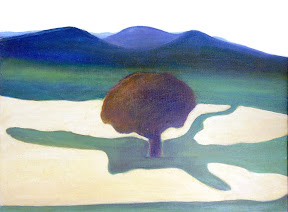 The 2011 is well balanced and ripened, and we expect it to last as well as the 2003, 2004 and 2006 vintages (now exclusively available at the award winning Tonic Restaurant, Millthorpe).

We cracked a saved bottle of the 2003 the other night (July 2013) and it has delicious “developed” character and was not at all oxidised.
[youtube]UY1PbNa79ls[/youtube]